Since the first edition held in Granada in 1998, LREC has become one of the the major events on Language Resources (LRs) and Language Technologies (LT). At the 10th edition of the Language Resources and Evaluation Conference (LREC 2016), held from 23-28 May 2016 in Portorož (Slovenia), the AKSW/KILT members Bettina Klimek, Milan Doichinovski and Sebastian Hellmann took active participation. At the conference they presented their most recent research results and project outcomes in the areas of Linked Data and Language Technologies. With over 1250 paper submissions and 744 accepted papers, we are pleased to have contributed to the research field with the following contributions:

At the  main conference Bettina Klimek gave an oral presentation of the Hebrew Morpheme Inventory that is based on the MMoOn project. The audience showed high interest in the data and the underlying MMoOn ontology including questions about possible applications such as creating MMoOn based lemmatizers. 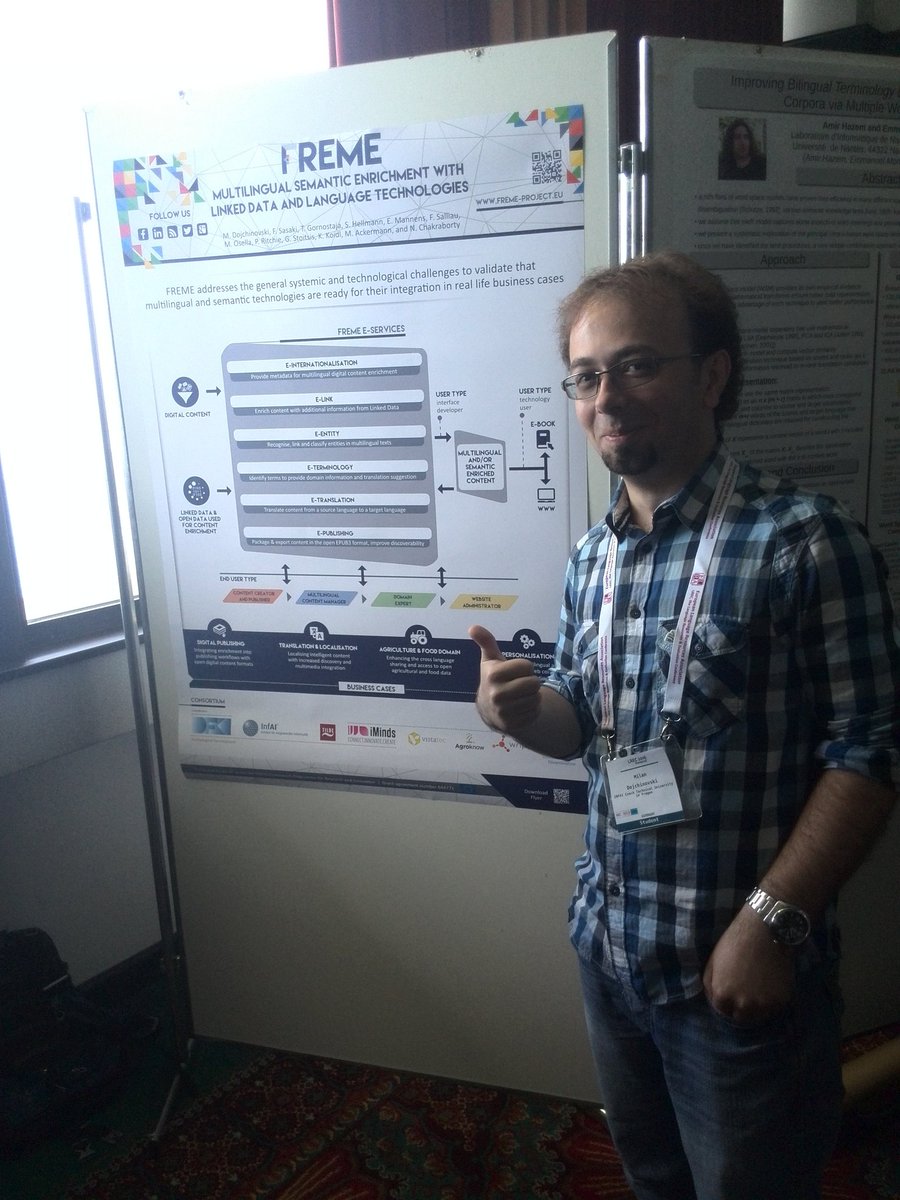 Further, Milan Dojchinovski gave two poster presentations summarizing the latest results from the FREME project. He presented the “DBpedia Abstracts” – a large-scale, open, multilingual NLP training corpus. The presentation attracted huge interest from the audience which has shown particular interest in its use. Several requests on availability of the corpora in other languages (i.e. Welsh) have been also received.

Milan has also presented the latest developments within the “FREME project” and the framework itself. The presentation has been primarily focused on the technical aspects of the framework, its availability, active use a real-world scenarios and the future plans.

Also, being active members of the Open Knowledge Foundation’s Working Group on Open Data in Linguistics (OWLG),  Sebastian Hellmann and Bettina Klimek helped organizing the 5th Workshop on Linked Data in Linguistic (LDL-2016) which was one of the LREC conference workshops. Around 50 participants attended the workshop discussing topics dealing with managing, building and using linked language resources. In the workshop’s poster session Bettina Klimek introduced the MMoOn model for representing morphological language data to the various interested workshop attendants. In addition, Milan Dojchinovski also presented results from the FREME project which relate to the research presented at the LDL workshop and the Linked Data and Language Technologies community. 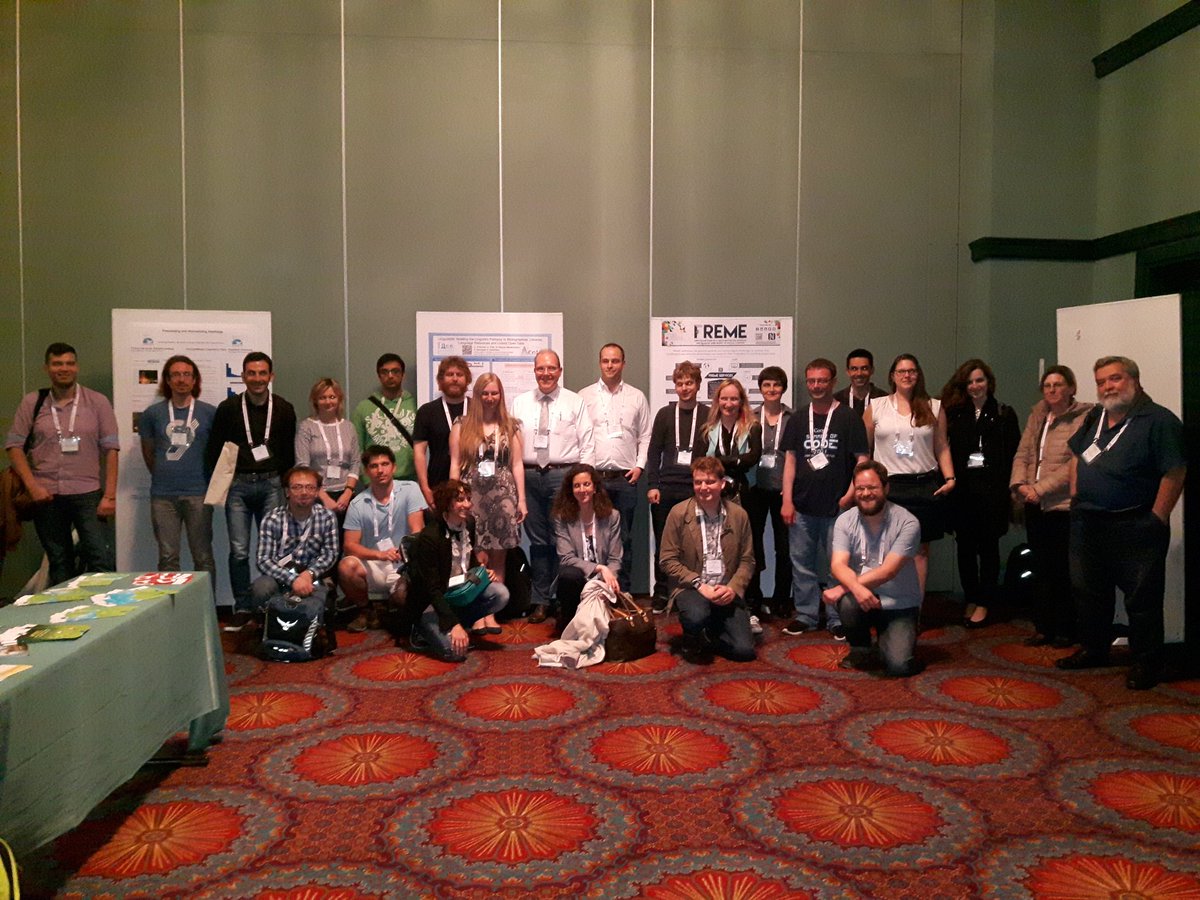 In continuation of OWLG organized events, the First Workshop on Knowledge Extraction and Knowledge Integration (KEKI 2016) will take place on the 17-18 October in conjunction with the 15th International Semantic Web Conference in Kobe (Japan). The topics of linguistic Linked Data creation and integration will be taken up in order to move the LLOD cloud to its next phase in which innovative applications will be developed overcoming the language barriers on the Web. Paper submission is still open until 1st of July!

During the main conference days 25-27 May, 2016, Milan Dojchinovski and Felix Sasaki (FREME project coordinator) have taken participation in the exhibition area with a booth dedicated to the FREME project. The ultimate goal of this participation was to meet people interested in understanding how the open framework deployed within the project may help in narrowing the gap between the actual business needs and the language and Linked Data technologies. For more on the FREME presence at LREC 2016 you can read here.

LREC has been a great event to meet the community, make new connections, discuss current research challenges, share ideas, and establish new collaborations. Having said that, we look forward to the next LREC conference, in two years from now!

This entry was posted in Events. Bookmark the permalink.