In the upcoming Colloquium, October the 17th at 3 PM, two papers will be presented: 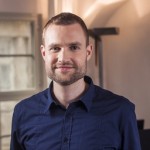 Marvin Frommhold will discuss the paper “Version Control for RDF Triple Stores” by Steve Cassidy and James Ballantine which forms the foundation of his own work regarding versioning for RDF.

Abstract:  RDF, the core data format for the Semantic Web, is increasingly being deployed both from automated sources and via human authoring either directly or through tools that generate RDF output. As individuals build up large amounts of RDF data and as groups begin to collaborate on authoring knowledge stores in RDF, the need for some kind of version management becomes apparent. While there are many version control systems available for program source code and even for XML data, the use of version control for RDF data is not a widely explored area. This paper examines an existing version control system for program source code, Darcs, which is grounded in a semi-formal theory of patches, and proposes an adaptation to directly manage versions of an RDF triple store.

NEED4Tweet: A Twitterbot for Tweets Named Entity Extraction and
Disambiguation

Afterwards, Diego Esteves will present the paper “NEED4Tweet: A Twitterbot for Tweets Named Entity Extraction and
Disambiguation” by Mena B. Habib and Maurice van Keulen which was accepted at ACL 2015.

Abstract: In this demo paper, we present NEED4Tweet, a Twitterbot for named entity extraction (NEE) and disambiguation (NED) for Tweets. The straightforward application of state-of-the-art extraction and disambiguation approaches on informal text widely used in Tweets, typically results in significantly degraded performance due to the lack of formal structure; the lack of sufficient context required;
and the seldom entities involved. In this paper, we introduce a novel framework
that copes with the introduced challenges. We rely on contextual and semantic features more than syntactic features which are less informative. We believe that disambiguation can help to improve the extraction process. This mimics the way humans understand language.

This event is part of a series of events about Semantic Web technology. Please see http://wiki.aksw.org/Colloquium for further information about previous and future events. As always, Bachelor and Master students are able to get points for attendance and there is complimentary coffee and cake after the session.